There are special accounting issues that arise in dealing with imports to Canada in particular, however, because imported goods pass through an intermediary third party before they are received: the Canada Border Service Agency (CBSA). Clearance of the goods requires that the importer into Canada provide additional accounting information that is not produced for domestic purchases.

In addition, special sales tax rules apply to both imports and exports to and from Canada.

We will review these issues below. 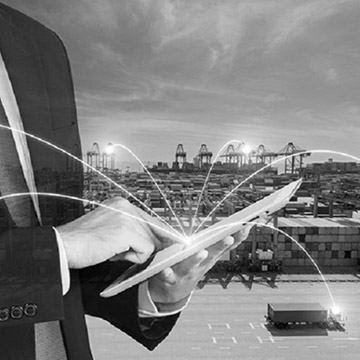 Most businesses involved in importing to Canada use the services of a customs broker to clear goods through the CBSA. A customs broker is an agent appointed by the importer to act on the importer’s behalf in clearing goods. There is no legal requirement that an importer use a broker; anyone can clear goods that have been imported. However, an experienced customs  broker understands the rules and procedures in detail and can make the process of clearing imported goods much easier than it would be for someone unfamiliar with how the system works.

It should be noted that even where a customs broker is used it is still the Canadian importer who remains liable for the payment of duties, taxes or penalties related to the importation of goods into Canada.

Setting Up the Accounts

There are typically no special accounts which need to be set up specifically because a business imports or exports. It is likely that there will be ordinary transaction accounts (accounts receivable, payable) with the customs broker or the Canada Revenue Agency relating to duties and taxes that arise as a result of the import transaction but these accounts have no special attributes.

An importer intending to bring his into Canada is required to have an import/export account with the Canada Revenue Agency. This account is simply an extension of the business number which any registered Canadian business should have already.

The import/export account number is used by the importer whenever goods are imported and typically must be reported with each transaction. 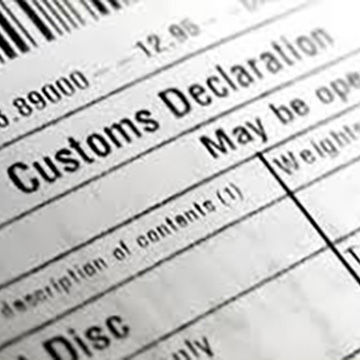 Goods that enter Canada must be ‘cleared’ through the CBSA. The clearance process ensures that the nature of the goods is understood (illegal goods will not be permitted entry), Canada’s security concerns are addressed and all appropriate duties and taxes are levied and paid.

Canada is a trading nation and huge volumes of goods pass across the border daily, so the CBSA and the importing industry have developed many sophisticated methods of processing importations. Businesses that import routinely often avail themselves of these methods in order to simplify the processing of import/export documentation.

However, it is still possible to clear goods using a paper process and a business that imports infrequently will likely not go to the trouble of setting itself up to use the more sophisticated and computerized methods.

In order for goods to clear customs, the following documentation must be provided.

What is a CCD?

The cargo control document is the primary document used to report the importation of goods to Canada. As its name implies, the document accompanies the cargo and is delivered by the carrier of the goods (a trucking company, a railroad, an airline, a business’s own driver if the goods are imported directly by the business) at the time the goods arrive in Canada. The carrier provides a copy of the CCD to the CBSA and a copy to the consignee – the receiver of the imported goods.

Invoices for the importation of goods to Canada

The CBSA requires two copies of the vendor’s invoice to clear the goods into Canada.

There is a certain amount of information that an invoice is required to include if it is to be acceptable and the CBSA has a form which can be used as a substitute for a commercial invoice. However, it is not necessary that this form be used and an ordinary commercial invoice issued by the vendor will suffice for importing good into Canada so long as it contains the information that the form calls for.

The CBSA publishes a guide which outlines the information that must be in an invoice for it to be acceptable in clearing goods into Canada. 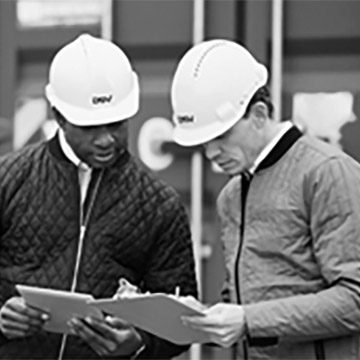 The B3-3 form is used to provide information on the goods that are imported into a format that suits how the CBSA accounts for them.

At first glance, this form appears to be impossibly complex and to call for information that a business is not likely to know. In recognition of this fact, the CBSA publishes guides to be used by new importers of goods to Canada to assist them in completing the B3-3.

There may be various other types of documentation required, depending on the nature of the goods. Importing Foodstuffs into Canada, in particular, may be subject to special documentation and/or inspection requirements.

A Bit of Comic Relief for Importers

The NAFTA rules of origin are very detailed and, at times, a bit silly. We have it on expert authority that a horsehair brassiere is deemed under these rules to be of North American origin no matter where the horsehair comes from.

The team here at Green Quarter would be interested in hearing from any business owners who have ever seen (or will admit to having worn!) a horsehair brassiere.

Note: We couldn't even find a picture of a horsehair bra to put in here!

Sales for imported goods in Canada

Our “Sales Taxes” article provides a detailed summary of how sales taxes apply and are accounted for.

Sales taxes that would apply to a domestic transaction cannot be avoided by importing goods to Canada. They are simply collected in a different way.

The CBSA collects GST taxes at the border as goods are imported. Provincial retail sales taxes are also collected on non-commercial goods for most provinces – those that have entered into collection agreements with the federal government.

The way in which GST applies varies depending on whether the goods imported are ‘commercial goods’ ie. For resale, or personal goods.

When an individual imports goods for personal use, GST is collected at the rate that applies in the individual’s home province. Thus, an individual who lives in New Brunswick who enters Canada in Manitoba pays HST at 13% on taxable importations, not GST at 5%.

If the goods are commercial goods for resale in Canada, however, GST is always collected at 5%. If the importer brings those goods into a participating province (Newfoundland and Labrador, Nova Scotia, New Brunswick, and Ontario) and would not be entitled to a full input tax credit because of the way in which the goods are used, the importer is required to self-assess the provincial component (8% in Manitoba) of the HST.

A person who imports a service or an intangible product is required to self-assess the related sales taxes. Self-assessment of GST or HST is only required, however, if the importer would not be entitled to a full input tax credit (or would be so entitled if they were registered). Thus, only consumers and those making exempt supplies would normally have to worry about self-assessing GST or HST on imported services or intangibles.

Canadian law generally requires any person exporting goods from Canada to report that exportation. This reporting is generally for the purpose of allowing the compilation of statistics on Canada’s level of exports and the types of goods that are exported.

The CBSA has published a useful guide which outlines the export reporting requirements.

As with imports, there are streamlined electronic methods for filing export documentation. However, exporters can also file paper reports and the primary export report is the B13A Form.

It is important to note that reporting is not required where goods are exported to the United States or its possessions. This exclusion arises because under NAFTA the United States Customs Service, which clears goods as they enter the United States, provided the requisite information directly to Canada.

Provincial retail sales tax does not apply to the sale of goods that are exported. Such taxes only apply, generally, to a retail sale in the province.

One of the primary objectives in introducing the GST was to remove federal sales tax from exports from Canada. The GST replaced a manufacturer’s sales tax, which was charged on the value of goods manufactured in Canada and was therefore buried in the cost of goods exported. This tax tended to make Canadian goods less attractive in export markets.

The general rule is that goods which are exported from Canada are zero-rated. As explained in greater detail in Our “Sales Taxes” article, zero-rating ensures that no tax is buried in the cost of exported goods.

There is a sophisticated penalty system that applies to ensure that importers and exporters comply with the various requirements imposed on them. The system is called ‘AMPS’ – Administrative Monetary Penalty System.

One of its most notable features is that the penalty applies to every occurrence of a deficiency: although the penalty for each infraction is graduated depending on how many times an importer or exporter has been found not to be in compliance.

Because of this, even a first-time offender can be subject to very serious penalties if there have been many transactions which were not reported correctly. For example, an importer may have used the wrong tariff classification on importing goods many hundreds of times before the error is found. The penalty will apply to each error, even though it is calculated at the “first-time offender” rate.

For this reason, businesses in Canada that enter into many import or export transactions often have their documentation and other compliance procedures checked by an expert consultant to ensure they conform to the law.

United States Sales and Use Taxes 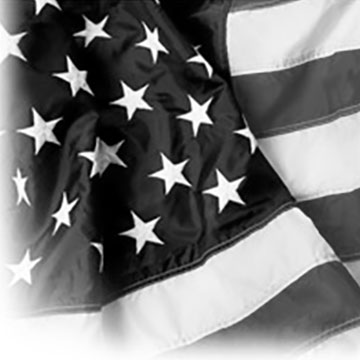 It is important to keep in mind that a Canadian business exporting goods to the United States may have an obligation under local (state or county) law to register and collect sales taxes in the states to which goods are shipped.

Most Canadian businesses do their best to ignore U.S. sales and use taxes because the cost of full compliance can be very expensive indeed.

Most U.S. sales and use taxes arise when a business has ‘nexus’ with a taxing authority. Nexus is a nebulous phrase and its exact meaning varies with the taxing jurisdiction. For example, in some states nexus arises and there is an obligation to collect tax if a delivery is made in the state. In others, it is necessary to solicit orders in the state or to have a physical presence in the state.

Any Canadian business doing a significant level of export activity in the United States should seek professional advice on discharging its obligations to collect these sales taxes.

There are no special issues relating to the way in which a chart of accounts is set up that arise simply because a business imports or exports to and from Canada.

Special documentation is required to clear imported goods at the Canadian border.

Sales taxes apply on the importation of goods but they are collected generally as part of the process of clearing goods into Canada.

Exporters generally have an obligation to report goods that are exported from Canada.

The United States has very complex sales and use taxes which may create an obligation to register and collect tax for a Canadian business selling goods into the U.S.

We can assist you with the ins and outs of accounting and bookkeeping for your Import-Export business in Canada. Here at Green Quarter Consulting - Accounting and Bookkeeping Services for Small Businesses  in White Rock South Surrey, Vancouver, Langley and Surrey BC, we assist Small Business Owners with analyzing transactions, sources of income and your tax risks and how they relate to your business strategy. Learn more about our Greenstamp CFO Services here.

​GET YOUR FREE CONSULTATION TODAY